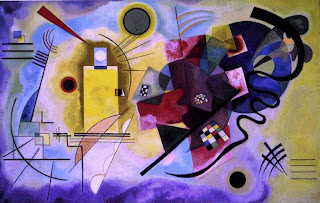 Economics has taught me a lot about the arts. For artists are not unlike entrepreneurs. They conceive a progressive idea, and then (that’s the critical part) they cause this figment of their imagination to enter the real world; they realise it, using their skills, talents, know-how and social networks, often against entrenched interests and conservative hostility.

Entrepreneurship was not discussed at the Paris lycée when I first read about art critique. My teachers were Marxists. Art was presented as a product of the folk soul or of class-consciousness. So dispiriting. To my rebellious and adolescent mind the artist as solitary creator was a more powerful and seductive alternative. I wanted to admire the Romantic geniuses, who produced the epoch-making works – alone, unhelped, against the world. These visionaries stood above the masses, mocked the bourgeois and made no compromise. For publishers, merchants and the public, it was ‘buy it, or burn it’. Ayn Rand’s The Fountainhead illustrates the notion in all its silliness, when the hero, an architect, blows up the building he was commissioned to design because the promoters dared to adorn the stark features that put the buyers off.

The promoters were right, of course. Architects, like film directors, musicians, and all artists benefit from interacting with a commercial environment. Being of service to others and making money does not imply sacrificing one’s creativity. Entrepreneurs know that. They see no opposition between the individual and the collective. Even illiberal regimes don’t asphyxiate the arts. Think Carlos V, Louis XIV, Franz-Joseph, Stalin... The lack of political freedom as that of economic means becomes a challenge, in Toynbee’s sense. Provided it is not insurmountable (and it seldom is) it starts ingenuity flowing. There are good reasons for opposing dictatorships; art is not one of them.
Economics in its purest, unfettered free-market form, teaches us to live with and affirm the messiness of the world. Don’t fight the flux. Human beings entered History millennia ago – even if a few ethnic groups have not, and a few fundamentalists want to rewind the film, but all others know that equilibrium is not an option. Things change, morph, surprise us, and there are no more potent agents of change than artists and entrepreneurs. The only criminal utopia is the one that would impose a preordained order, and seek harmony and perfection. We will no more find those at the end of History than they existed at the origin. The economist Ludwig von Mises, in his Human Action, expressed it strikingly:
“The living is not perfect because it is liable to change; the dead is not perfect because it does not live”

Email ThisBlogThis!Share to TwitterShare to FacebookShare to Pinterest
Labels: art, by Christian, economics