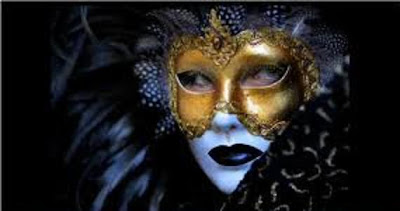 Example 1: if you are climbing a mountain with a friend and a huge rock is falling towards you.  Do you expose yourself in order to shield your friend or do you run for your life and leave your friend in danger?  Suppose you are with your children in a similar situation, do you protect your children first or yourself first?

Example 2: Making blood donation, is it as an altruistic act or an egotistical act?  On the face of it, as blood donor does not gain anything from his action, so it is an act of pure charity. On the other hand, one may say that giving blood is to protect one’s own interest because one never knows that one day he may need blood transfusion himself when he is ill.

Example 3: Artists, writers and other personalities with great achievements often ignore their family or friends, so that they can concentrate on their creative works.  Their glory and fame often come later and compensate for the suffering they have caused to their friends and family.  Are they selfish people?

Example 4: Philosopher Kant is a passionate advocate of altruism. He asserts that a good will is the only intrinsically good thing and that an action is only good if performed out of duty, rather than out of personal need or pleasure.  Suppose if you are sick and one of your friends comes to see you, he says to you, ‘I come to see you out of my duty, it’s not for my pleasure.’  Do you regard him as your real friend?

Example 5: Ayn Rand’s novel ‘Atlas Shrugged’ has provoked huge reaction in the US and became one of the most popular novels in America.  The novel paints a dystopia where citizens refused to be exploited by over taxation and government regulations.  The story is to demonstrate that a world in which the individual is not free to create is doomed, that civilization cannot exist where every person is a slave to society and government.  The book has become a bible for the western model of individualism and libertarianism. So what does it prove? Triumph of Egoism?  However one must not confuse Egoism with Individualism.  Individualism does not denote utter selfishness while the former does.

(The discussion was in French.  Apologies to Francophone readers.)

Related post:
Forum: does Altruism exist?
Posted by xiaowei at 14:35

Email ThisBlogThis!Share to TwitterShare to FacebookShare to Pinterest
Labels: altruism and egoism