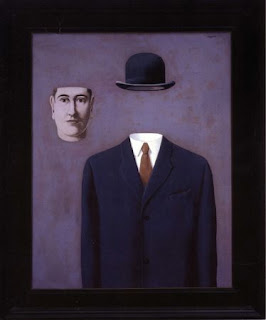 At the end of Saturday's discussion about controlling others it was mentioned that we brainwash our children from the time of birth.  A flippant though fashionable remark not to be taken seriously.  Do we qualify the care with which we choose the food we give our children as gutwashing?  (Being French, according to my children I gave them too much salad and fruit and not enough Irish fries or English puddings.  Though now, while considering themselves as British, they feed their own children salads and fruit and I am the one who brings the pudding).

I have tried since Saturday to make a joke by putting together the 2 metaphors of 'brainwashing' and 'throwing out the baby with the water of the bath'  Could not do it.  Would somebody cleverer?

Another idea while taking in my wet washing.  Should a mother not nurse her baby because he/she will absorb her ideas with her milk?  3 metaphors.
Amy
Posted by xiaowei at 08:28

Email ThisBlogThis!Share to TwitterShare to FacebookShare to Pinterest
Labels: by Amy, Critical Thinking