our conversation last Saturday centred on the subject of God.  Most of you would say, Come on! Not again! How many times have we approached the very same topic?   But the question is asked in a different way this time: How to describe God to a people on an island?  - sounds like a title for a creative writing course, that would trigger vivid imagination.  As explained by Paul, who proposed the question, it is inspired by a book he read: Don't Sleep, There Are Snakes by Daniel Everett.  The book is about an isolated tribe of Amazonian Indians (Hence the idea of an island) whose language Everett had learned in order to translate the bible for them.  At the end Everett concluded that these people had no need for a god.  In fact he lost his own faith - a proselytizer has become a proselyte himself. 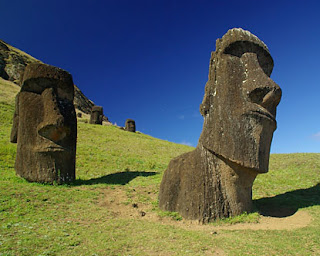 I had a strange experience recently.  I watched the dvd of a film I had seen some 30 years ago, had much admired and had quoted frequently ever since: Jacques Tati's Playtime.  Well, none of these episodes of which I had such a vivid memory were in fact as I remembered them.  Slowly but surely my mind had twisted the images to make them fit my argument.

I observed the same kind of distortions at last Saturday café-philo.  The question was how to describe God to people who had no notion of him/her/it.  While I was moderately interested in the answer to such a question I was fascinated by the way it was interpreted.  The majority of comments were about religion,  conversion, domination, none of which had to do with the subject.

I was brought up in a French protestant family in which religion was strictly confined to Sundays when my parents went to church and the children to Sunday school.  God was never mentioned during the week.  My atheism is in the image of my parents' religion: mild and tolerant.  I am always surprised by the strident atheism I keep encountering in G.B. (never in France, which does not mean it does not exist).  I can only wonder if such atheists have been force-fed religion in their childhood.