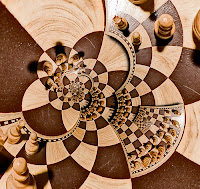 A dilemma can be an acceptable type of argument. We are offered alternative courses of action, each of which entails a certain set of consequences. We have to take one of the alternatives, so have to accept one set of consequences. If the consequences are true, and it is a matter of a straight choice between them, this is a valid dilemma.
Bogus dilemma
However, if there are other alternatives and / or the consequences are incorrect, then the dilemma is bogus. It can then be refuted as follows:
It often occurs with the fallacy of ‘bifurcation’ (‘either / or’, ‘black / white’). Example: ‘you are either with us or against us’…

Source
How To Win Every Argument. The Use and Abuse of Logic (Madsen Pirie). Pub: Continuum.

One of the best methods I’ve come across is the following:
1. Define the problem.
2. Specify your objectives.
3. Create alternatives.
4. Understand the consequences.
5. Grapple with tradeoffs between choices.
6. Clarify uncertainties.
7. Think about your risk tolerance.
8. Consider linked decisions.

Future prediction
It was pointed out in the meeting, quite rightly, that one cannot know the future. Some things are largely unpredictable e.g. the explosion of Facebook and other social networking sites, the Irish bank crisis etc.

However one can improve one’s odds in many decisions by using informed estimates on the probability of events happening: the whole purpose of the ‘risk industry’, in all its permutations, is to try and work out the best way to approach an uncertain future.. So in the sequence above, steps 4, 6 and 7 would entail some sort of (informed) probability estimation.

There’s a quote I like from the source book I have used here. “You can make a good decision and still get a bad outcome, due to something unpredictable / unpleasant happening. You can also make a bad decision and get a good outcome, due to pure luck” (e.g. you made a decision based on the flight pattern of starlings as they flew past your window, and it worked....)

Apples and oranges
Some dilemmas require choice between things that have no common base of comparison. If the question is ‘what holiday should I choose ?’, then comparison can be made on cost, weather etc. But what about ‘should I go on holiday, or get a new kitchen ?’ A good decision process will allow some weighting factors, to help prioritise (step 5 above).

3. APPROACHING DILEMMAS – AS UNCONSCIOUS DECISION PROCESS
This is the ‘sleep on it’ method. You get all the facts, try to come to a decision consciously, come to an impasse, then deliberately turn it over to the subconscious and forget about it. The answer may then come unexpectedly when you are driving, showering, making love, ironing, fleeing a burning building, performing neuro-surgery etc…

The issue here is: how does one trust one’s intuition ? The conventional wisdom is to ask yourself: ‘Did I put in enough prior work to give my subconscious the information it needed to work on?’ If I buy some shares based on decent research, it’s worth listening to my subconscious intuition. If I buy some shares based on one newspaper article I may lose money (I did…).

4. APPROACHING DILEMMAS – AS MORAL CHOICE
Some people will resolve some dilemmas by referring to their internal value system. ‘Should I give money to a street beggar ?’. A Christian will probably think ‘yes’.

However sometimes this leads to disaster – case the Credit Crunch. The dilemma was (and is): ‘How should we run the world’s financial systems ?’. For the last 20+ years the Chicago School inspired Efficient Market Hypothesis held sway, with unregulated markets being regarded as leading necessarily to the public good. This became conflated with the political view ‘state always bad, individuals always good’. It took the world economy to come within an inch of imploding for the moral position ‘leave it to the unregulated market in all cases’ to be questioned.

Related article by Celine: Dilemme... (in French)
Posted by xiaowei at 07:51