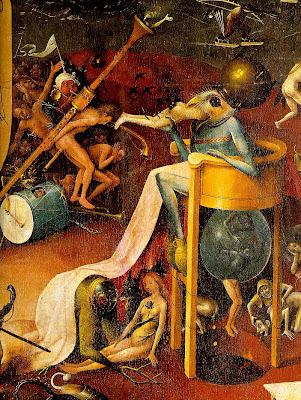 Some time after WWII my grand-mother said to my sister: "That Dreyfus man, really, he was guilty.  Wasn't he?" I would not say that my grand-mother was anti-Semitic or racist.  But I would say that the fact that the great-grand-son-in-law who lives in her house is Malagashi, and two of her descendants' families are half-Jewish feels like some kind of divine retribution.  My grand-father was a career officer. His wife must have thought something like this: "There is no way this little Alsatian Jew, of no consequence whatsoever, can be right and the French army wrong."

But at least the Dreyfus Affair provoked a hurricane in France.

For a long time a dull mist hanged over the 1977 conviction of the Guildford four and Maguire seven. They were only little Irish people of no consequence and everybody needed badly to find culprits 3 years after the Guildford pub bombings.  The way their convictions were obtained and sustained does not make for pleasant reading.  They were acquitted only in 1989 in the case of the Guildford four, and 1991 in that of the Maguires.  I do not know how long it took before the Irish establishment listened to and was convinced by the evidence given by children abused by their priests.  It was more important for the bishops to protect the reputation of the Church than to protect the children and they were good at it.

We know how long it took for the abuses of Jimmy Saville to come to light.  But it seems to me that, in every case, the greatest guilt belongs not so much to the French army, the English police, the forcibly celibate priests, the addicted Saville as to the establishment, and possibly ourselves, always prepared to give more credence to the mighty and powerful than to the little people.

Let us not renew this error.  Let us leave the police and judiciary to do their job in peace (and hope for the best!) while looking out for any sign of a witch-hunt incited by the powerful and mighty media.
Posted by xiaowei at 12:02