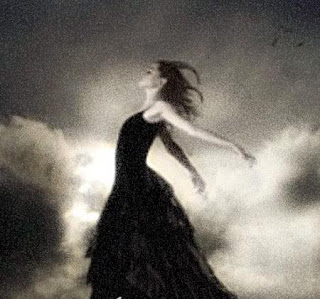 What do they have in common? The adrenaline of course.

That many years ago, baby in my arms, I pondered on the circumstances in which a man could experience such overwhelming emotion. I could only think of a dog fight, when the enemy aircraft has been hit and nose-dives. I had not yet seen an Olympics champion. Now I recognize in the tears and the smiles, male and female, the overflow of adrenaline and the unique thought: 'I have done it'. The 'it' not being so much properly defined (I am alive. I am the best in the world. I have produced a perfect baby) as a vague 'I have done what my adrenaline wanted me to do' We can reason all we want after but there is as little room for reasoning during the contest as for analysis during a dream. And this is good. Let us give our no doubt remarkable intelligence a little rest now and then.

About violence: childbirth is as violent, for the baby as well as the mother, as a dog fight. About the reward: the female Olympic champions smiled at their medal the same way as a mother at her baby. ( I would rather have a baby though it will already have lost some of its shine after the first night).

I feel I have to declare my interests in sport: null. Hence the lamentable state of my muscles, hence my difficulties in walking, hence my numerous absences from the cafe philo, hence my brooding at home, hence my numerous contributions to the blog. Which, by the way, is sadly neglected by all of you.

Amy Gibson
Posted by xiaowei at 03:06